How To Download Spain Kits for DLS: Are you still searching for Dream League Soccer Spain kits and logo URL? Now the good news is, fans of the football game Dream League Soccer can now download the new released DLS 512×512 Kits and Logo URL for your Spain Team and enjoy the game.

The Spain national football team represents Spain in men’s International association football and is controlled by the Royal Spanish Football Federation, the governing body for football in Spain. The Spanish side is commonly referred to as La Roja (“The Red [One]”), La Furia Roja (“The Red Fury”), La Furia Española (“The Spanish Fury”) or simply La Furia (“The Fury”). Spain became a member of FIFA in 1904 even though the Spanish Football Federation was first established in 1909. Spain’s national team debuted in 1920. Since then, the Spanish national team has participated in a total of 14 of 20 FIFA World Cups and 9 of 14 UEFA European Championships. 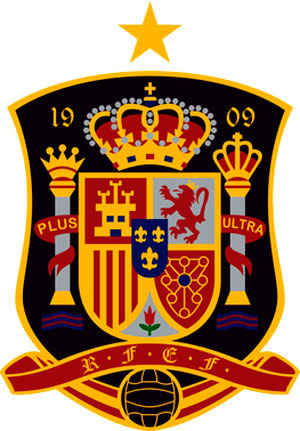 If you’re a big fan of DLS Spain Team, these kits are for you. Download Spain Kits and logo for your team in Dream League Soccer by using the URLs provided below. To download Spain kits and logo for your Dream League Soccer team, just copy the URL above the image, go to My Club > Customise Team > Edit Kit > Download and paste the URL here. If you have any request, feel free to leave them in the comment section. 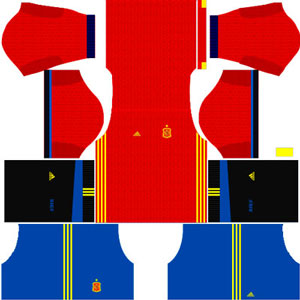 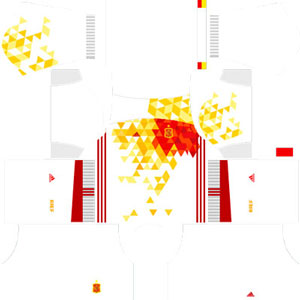 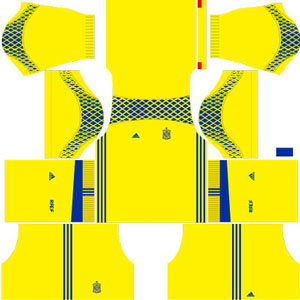