Tottenham-Hotspur Football Club, generally referred to as Spurs, is an English football club located in Tottenham, Haringey, London, that competes in the Premier League. The club’s home stadium is White Hart Lane. Their newly developed training ground is in Bulls Cross on the northern borders of the London Borough of Enfield. Founded in 1882, Tottenham won the FA Cup for the first time in 1901, making them the only non-League club to do so since the formation of the Football League in 1888.

Tottenham was the first club in the 20th century to achieve the League and FA Cup Double, winning both competitions in the 1960–61 season. After successfully defending the FA Cup in 1962, in 1963 they became the first British club to win a UEFA club competition – the European Cup Winners’ Cup. In 1967, Spurs won the FA Cup for the third time in the 1960s.

In the 1970s Tottenham won the League Cup on two occasions and were the inaugural winner of the UEFA Cup in 1972, becoming the first British club to win two different major European trophies.

In the 1980s Spurs won several trophies: the FA Cup twice, FA Community Shield and the UEFA Cup in 1984. In the 1990s the club won the FA Cup and the League Cup. When they won the League Cup once more in 2008, it meant that they had won a major trophy in each of the last six decades – an achievement only matched by Manchester United.

If you’re a big fan of DLS Tottenham Hotspur Team, these kits are for you. Download Tottenham Hotspur Kits and logo for your team in Dream League Soccer by using the URLs provided below. To download Tottenham-Hotspur kits and logo for your Dream League Soccer team, just copy the URL above the image, go to My Club > Customise Team > Edit Kit > Download and paste the URL here. If you have any request, feel free to leave them in the comment section. 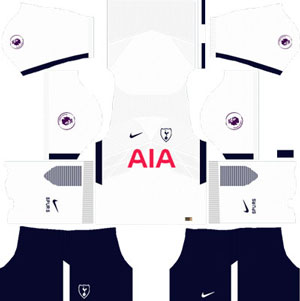 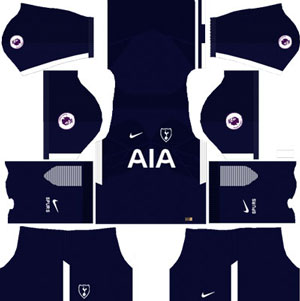 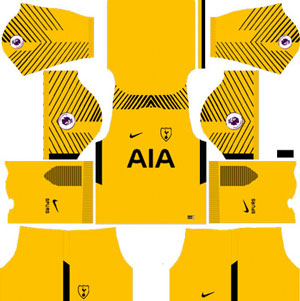 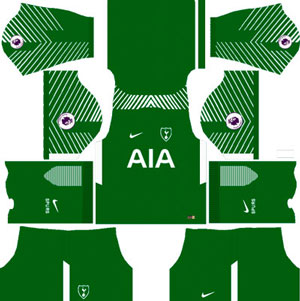