This is an English football club locate in Tottenham, Haringey, London and this club participates in Premier League.

In early days, this club is named as Hotspur F.C and later the name of the club is changed as Tottenham Hotspur Football Club. In 1901 the club has own the FA Cup for first time.

This is the first club in the 20th century to achieve the League and FA Cup Double, winning both competitions in the 1960-61 season.

Now here we are providing details of Premier League Tottenham Hotspur team home and away kits.

Tottenham Hotspur team will wear Nike kit for the first time after agreeing a deal with the American sportswear manufacturer. 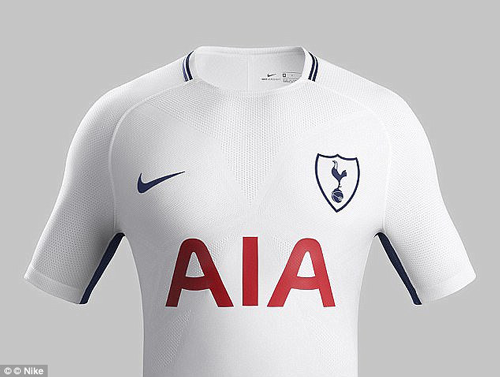 The major change of this home kit compared to previous season’s home kit is the only change in the badge, with the club crest, the cockerel atop a football, enclosed in a shield design. This home kit is in a similar style seen from 1995-1997.

The new home kit is also leaning much more towards the traditional lily white Spurs look, with the navy shoulders of last year removed, and only traces of blue around the collar and sleeves.

Premier League has released Tottenham Hotspur team latest away jersey. The color of the new away kit is navy blue color.

The latest away kit take on a block color theme, with all navy-blue shirt, shorts and socks, changing from the previous season’s black and gold kit. 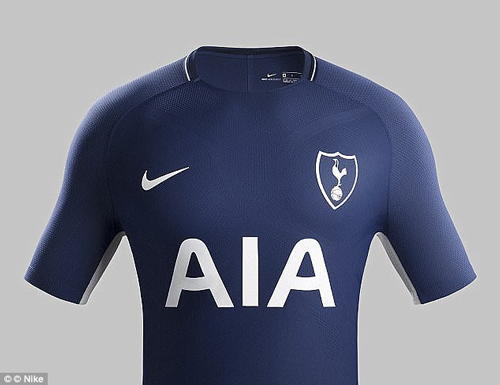 This new away kit looks a marginal cleaner design than the home kit, but also featuring navy ble shots.

This new away kit avoids the clumsy Nike designs which can rely heavily on different colored shoulders so should prove a winner with fans.