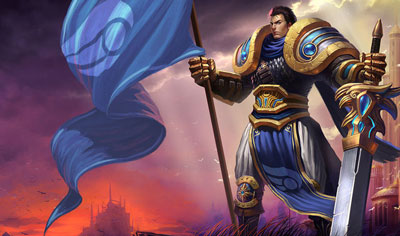 Garen is naturally tanky, his W gives him bonus defensive stats. Garen’s passive performance allow him to regenerate health much faster than other champions, which means you can stay in the lane longer. But he can also hold a lot of damage, especially if you are able to chain your offensive abilities together.

Garen’s innate tankiness makes him a good champion and helps you to navigate the often-isolated top lane. Garen struggles against ranged champions, but if you manage his kills well he can hold his own against most melee champions. There are not many characters in LoL who can withstand the repeated use of Decisive Strike and Judgment, and it doesn’t take long to whittle your opponents down to a point where you can finish them off with your ultimate.

There are 2 items that are perfect for Garen. They are Sunfire cape and Black Cleaver. Sunfire cape deals with magic damage to enemies around you every second and the Black Cleaver lowers your opponent’s armour by up to 24%. These both synergise perfectly with Garen’s E, and are crucial items for almost any build.

Nasus – The Curator of the Sands 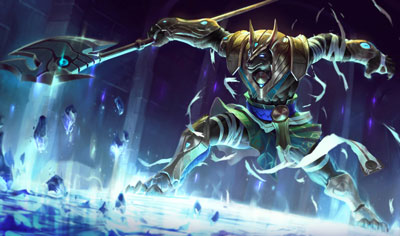 Nasus can be played in a variety of ways. Same like Garen, he is naturally quite tanky and he can be built ability power (AP) or attack damage (AD) as well. His passive, Soul Eater, gives him life steal for free, also allowing him to stay in lane longer.

There are two popular ways to play Nasus. One is focusing on his magic damage, using his E, Spirit Fire, to chip away at your enemies’ health before moving in for the kill. The second is by farming up his Q, a late-game tactic that sees you become more powerful over time.

For this it makes items like Iceborn Gauntlet and Trinity Force and they are very important for Nasus. The both items provide Nasus with cooldown reduction (CDR), which lets him cast his spells more often, but also mana, letting him cast more of them, too. They also provide other bonus, such as empowering auto-attacks or granting extra armour.