Leona is one of the best league of legends support champions. Leona is best only by Nautlius in the amount of CC built into her kit, which makes her excellent at starting fights, but also at looking after her ADC. Her shield also means she is able to wade into a battle with minimal personal risk.

Leona comes form tanky, CC heavy a brand of support. She can get involved in a fight, but you should be careful not to go too far, too fast. Engaging without a team of back you up is a sure-fire way to get yourself killed very quickly.

You also need to remember that part of your job as a support is to look after your ADC, so it’s important to know that a big engage might benefit your team initially, but also puts you a long way from your carry. Always look to assess the danger to your team before jumping on the first badly positioned enemy.

Any part of supporter’s job is helping supply vision to your team and denying it to the enemy. All champions should buy and place control and trinket wards, but anyone playing support should also at the very least have a Sightstone and a Hextech Sweeper. The kit of Leona demands that you make her tanky, so a Locket of the Iron Solari is good for buffing her stats while also granting her and nearby allies a shield when activated. You also want a Face of the Mountain, and item that builds out of starting item Relic Shield, providing health, sustain, and money to you and your carry.

janna is one of the best league of legends support champions.She has little bit of everything built onto her kit. Heals, shields, knockups, knockbacks, slows, buffs and even speed boosts. In fact, the only thing she doesn’t have is a stun, but her sheer versatility makes her an excellent support, as she does have to take care not to get caught out. 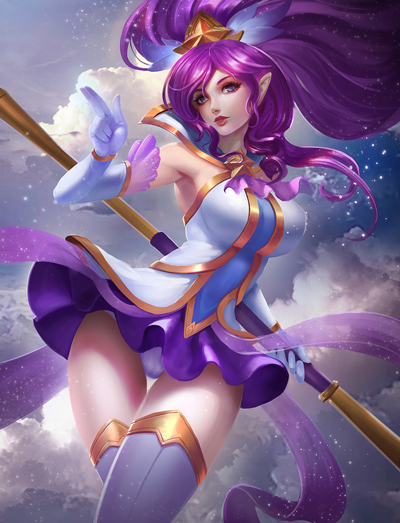 Janna also occupies the other school of supports. She is much softer than Leona, but the diversity offered in her kit allows her protect allies better than almost any other support. Peeling for a carry means making an effort to look after them when enemies close in, and the wide ranging amount of tools at Janna’s disposal make her excellent at this.

She can protect and can also help allies chase down enemies. She is very fast and passes that speed boost onto her team when they are moving towards her. Her Q and W offer ways to stop an enemy in their tracks, and you can then buff an ally by granting them shields whittle down enemies faster.

Sightstone and Locket are the 2 good items on Janna, but you might also want to look into Frost Queen’s Claim, which grants Janna an extra slow. Wisp is another option as it gives extra damage to allies when Janna heals or shields them, adding a further buff to her E.

That’s all about best League of Legends support champions. if you have any queries regarding this post, please do comment below, we will reach as soon as. Follow our site for recent updates. Thank you for watching our site @ leagueteamupdates.com