Home Games The Explosion of the eSports Market: Legal Challenges and Opportunities

Do you like playing games? Have you heard about esports? If your answers for these questions are yes, then follow this article. Now in this post, we are providing brief info on the explosion of the esports market. 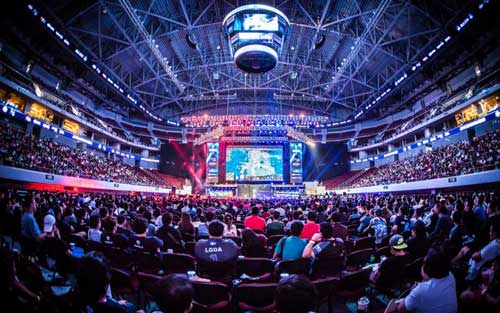 Early in 1972 Pong released video game and from then video games has become more popular over the years.

Eventually, the technology has an advanced change so the number of enthusiast players can play games together remotely through the internet. This in turn emerged the increase of video game tournaments by gaming junkies who are possessed with watching the best gamers in the world wreak havoc on their favorite multiplayer titles.

In fact, league of Legends game is very well-known and a Google search for “lol” doesn’t give links relating to “laughing out loud” but instead it generates references to LoL sports, which is beyond impressive.

There is estimation that more than 300 million people currently watch esports around the world. It is also estimated that this number will rise to 500 or 600 million by the year 2020. In the year 2016, the investment bank Goldman Sachs valued the esports market at $500  million, and the firm expects that appraisal to grow to over $1 billion by 2020. 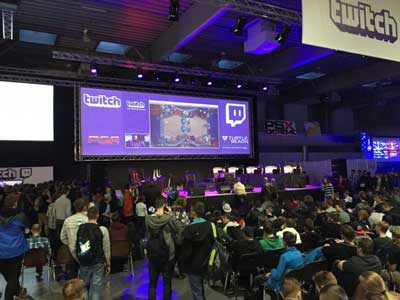 The tournaments of video games have become more popular and the media giants ESPN and Turner Broadcasting have started broadcasting gaming competitions. In 2014, Amazon paid $970 million to acquire the most popular platform Twitch for online live-stream gaming broadcasts. The social media YouTube has also created its own gaming platform called YouTube Gaming.

The range of esports tournaments will increase as game designers become more and more creative in designing ways of combining the thrill and enjoyment of your favorite pastimes with the mystical, “other-worldly” essence of video games. For eg. Pokestars game has found a way to combine one of the world’s most popular card games with supercharged power moves that only exist in a video game setting.

The fans of esports have become increased in online competitions as there are now websites that provide live scores for followers who are not able to watch the sports when they are telecasted. Perhaps it is unsurprising that enterprising experts of fantasy football and online sports betting have applied these esports models towards the creation of fantasy esports leagues.

There is a question arises that what makes esports so popular? For more gaming enthusiasts, esports provides an opportunity to watch the advantages in action and not only appreciate them for their skill but also can pick up tips and tricks for games in the process. Furthermore, as with the watcher of traditional professional sports, whether it be basketball, tennis or baseball, esports fans can enjoy the beauty and mastery of the game without even being players themselves.

In a way of esports, there is a little difference between sports fans fascinated with his or her most liked football team and his or her favorite esports players, there is no difference fact that one might cramp their leg while out on the field while the other might cramp their thumbs while sitting on a recliner in some remote location. However, esports doesn’t change the level of relative expertise or entertainment while watching the match.

According to Peter Warman, CEO of esports analysts Newzoo, it is estimated that around 160 million people are currently watching esports on a consistent basis, and approximately the same number of audiences tune in for big championship matches. This puts esports on par with some medium-tier pastimes. The esports once again becomes clear that technology changes how we enjoy and interact with your favorite games, and the phenomenon of esports doesn’t slow down anytime.

So, this is all about the explosion of esports. If you have any queries regarding this post, please do comment below, we will reach as soon as. Follow our site for recent updates. Thank you for visiting our site.